Governor John Bel Edwards was sworn in on Monday, January 11, and immediately signed an order for Medicaid expansion, extending benefits to approximately 300,000 Louisianans. This first act was a huge win for poor and working people, and in great part the result of years of advocacy work and tenacity on the part of advocates and activists across the state.

While Medicaid expansion is a great win in the fight for social justice, much work remains to be done. If we want to see conditions in the state improve for poor families and individuals, all of us who advocate must have a communications GAME plan to ensure that we can educate legislators and support policies that benefit all the people of our state. And what should this GAME plan include? Identified Goals, target Audiences, effective Messages, and ways to Engage constituents.

The Greater New Orleans Foundation (Programs and Organizational Effectiveness) recently partnered with JPMorgan Chase and Light Box Collaborative founder Holly Minch to offer a workshop and follow-up coaching to guide advocates through the development of an effective communications GAME plan. Advocates came away from the workshop with a draft GAME plan in hand, a clear course of action, and more effective strategies to leverage smart communications toward social justice wins.

Holly wrote three blog posts focused on three advocacy organizations: Ride New Orleans, Greater New Orleans Fair Housing Action Center, and Music and Culture Coalition of New Orleans. The blogs are great examples of how strategy and good story telling add up to advocacy wins. Read them to learn why protection from eviction + reliable transportation + thriving music and culture = an important part of the social justice equation for New Orleans and the region. 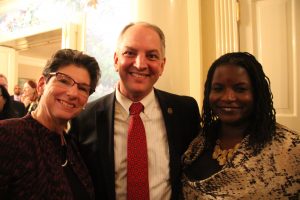 Last week, GNOF partnered with BCM and United Way of Southeast Louisiana to sponsor a legislative reception that brought advocates from the region to Baton Route to meet with thirty legislators and the governor, and put their strategic communications skills to work. Advocates planned which elected officials they would talk to at the reception, met many of them and made new contacts, had the opportunity to hear from their nonprofit colleagues about their advocacy efforts, and made plans to follow up with their new contacts. We look forward to continued opportunities to support advocacy that creates a thriving community for all. 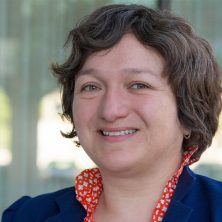 Isabel Barrios is a program officer at the Greater New Orleans Foundation. To contact Isabel, email her at isabel@gnof.org or follow her on Twitter@GNOFAssets4all.