On Wednesday, August 28th, the Greater New Orleans Foundation Celebrated Black Philanthropy Month with a Celebration of Black Philanthropy at our Center for Philanthropy. Our event was held to recognize past and present black New Orleanians who give generously to uplift and bring impact to causes that improve all of our community. 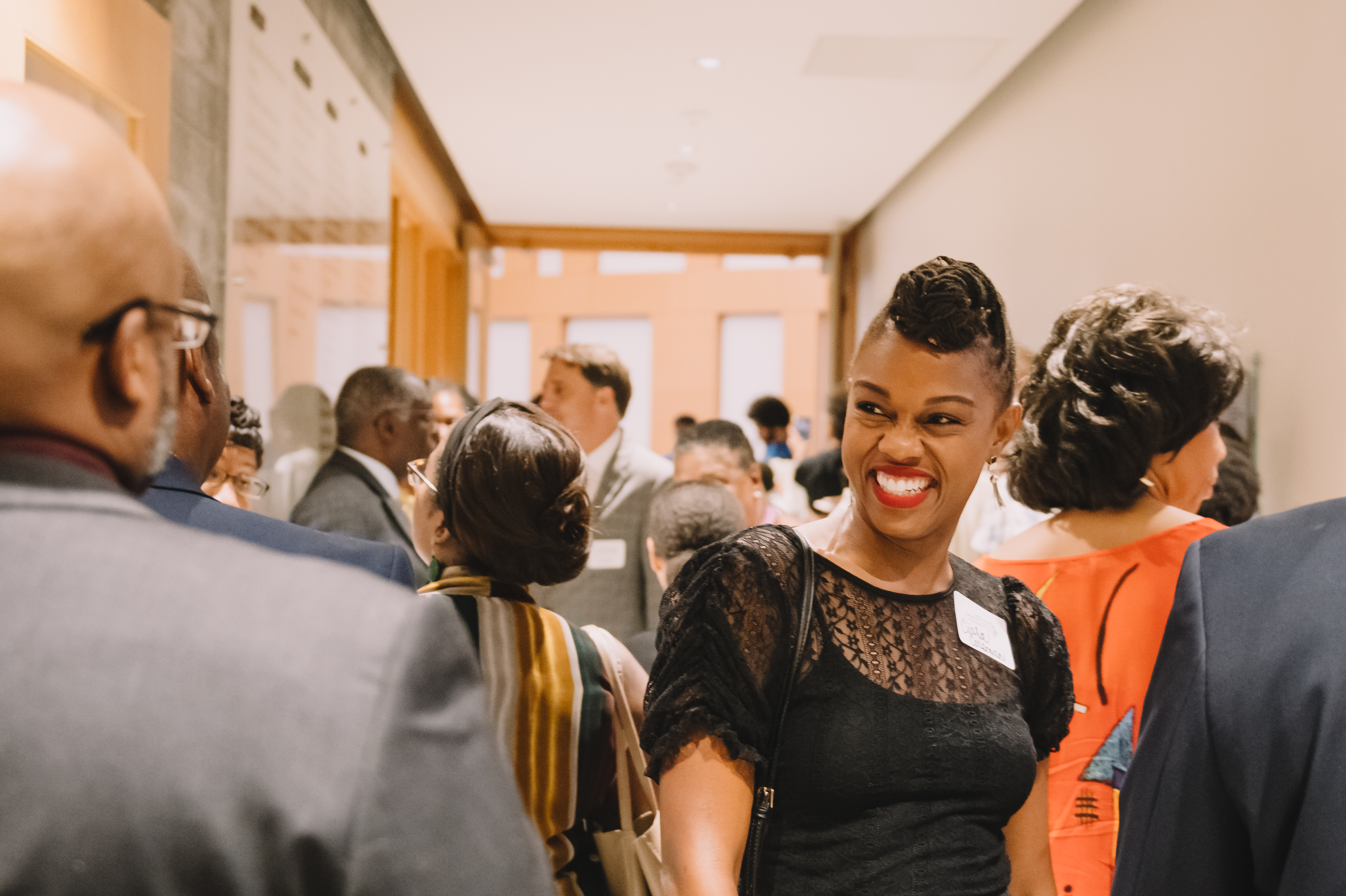 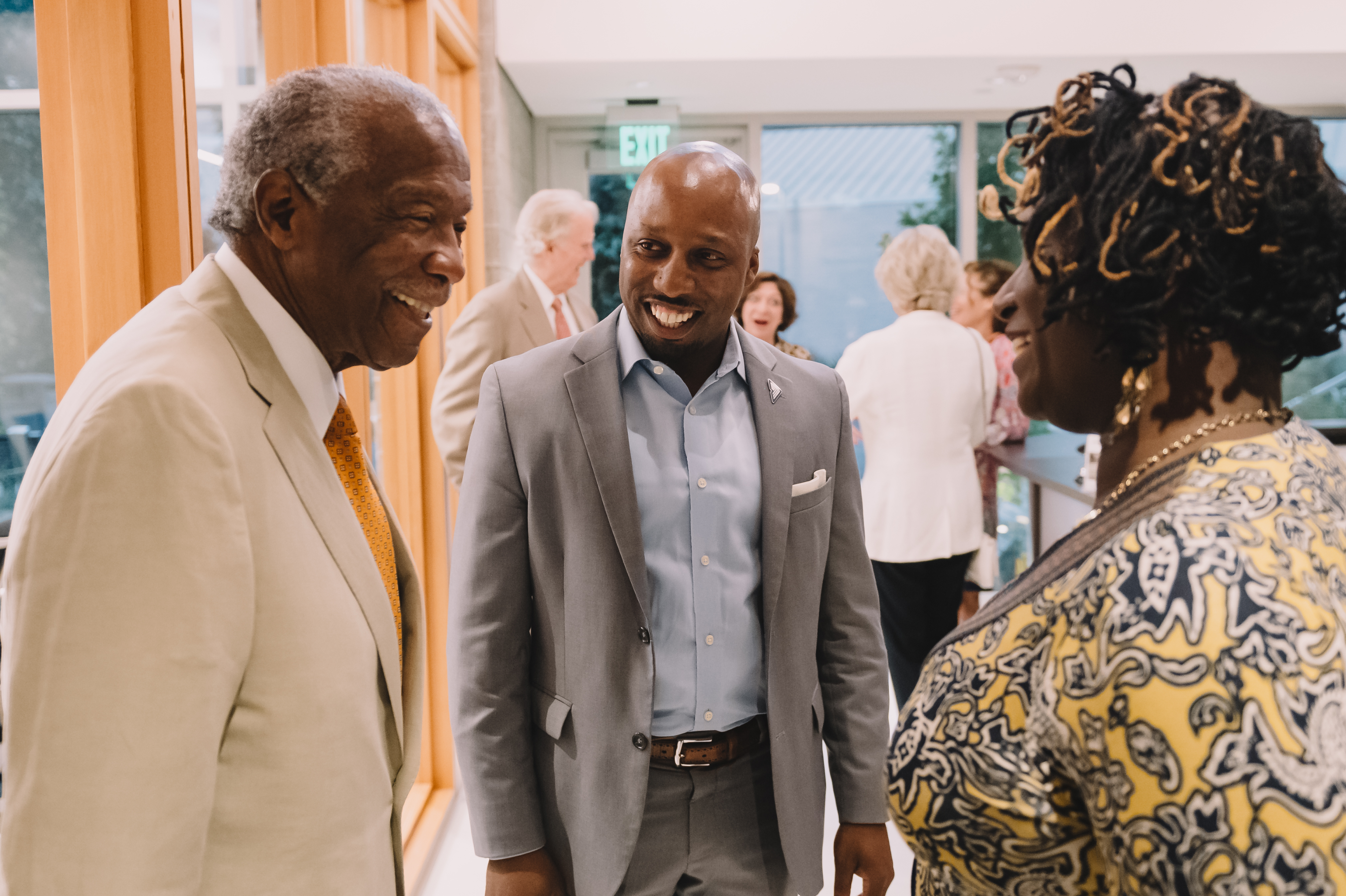 “Last May, Robert Smith went to Morehouse and put Black philanthropy back on the map. He displayed something those of us who work in philanthropy get to see everyday – African Americans giving generously to causes that spark their passion. Here was an African American billionaire that mainstream America could see giving in such a big way. This was significant to me because there are not enough positive recognition of successful African Americans doing good. Robert Smith is no descendant of Rockefeller or Ford. Instead Robert Smith is in a lineage that traces back to one of the first African American millionaires in America – a real estate broker Thomy LaFon – who was born into a free family of color in 1810 in New Orleans and donated large sums to abolition, orphan and other causes. In 1893, he left $500,000 to various New Orleans Charities and funded institutions like Straight University which is Dillard University today.” – Andy Kopplin, Greater New Orleans Foundation President & CEO 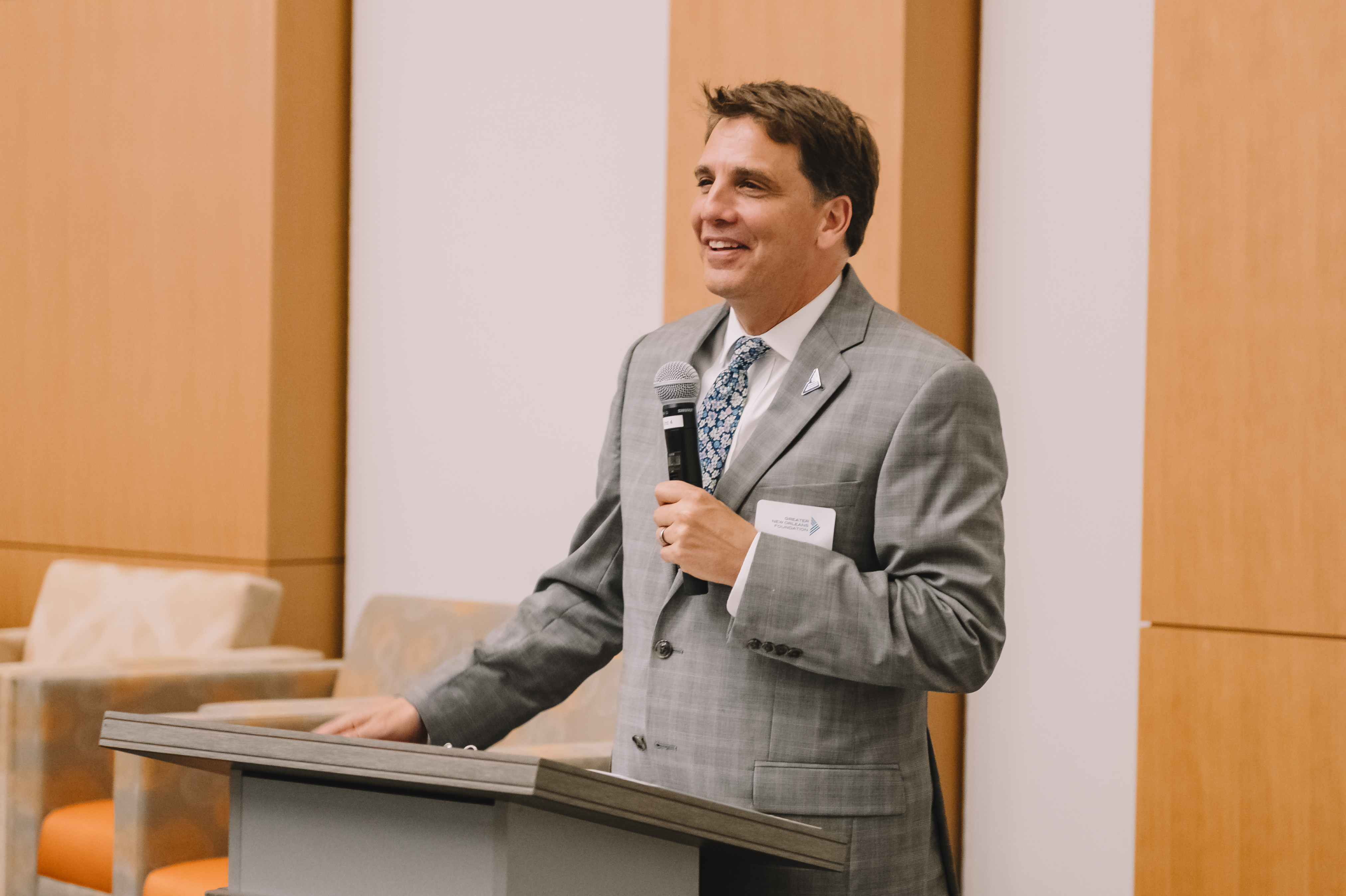 While large gifts to big institutions get attention, black giving has been robust, but largely at grassroots levels in church and civic organizations. The W.K. Kellogg Foundation has a popular study that highlights black households give more than 25% of their income to charitable causes resulting in over $11 billion in annual philanthropic investments. 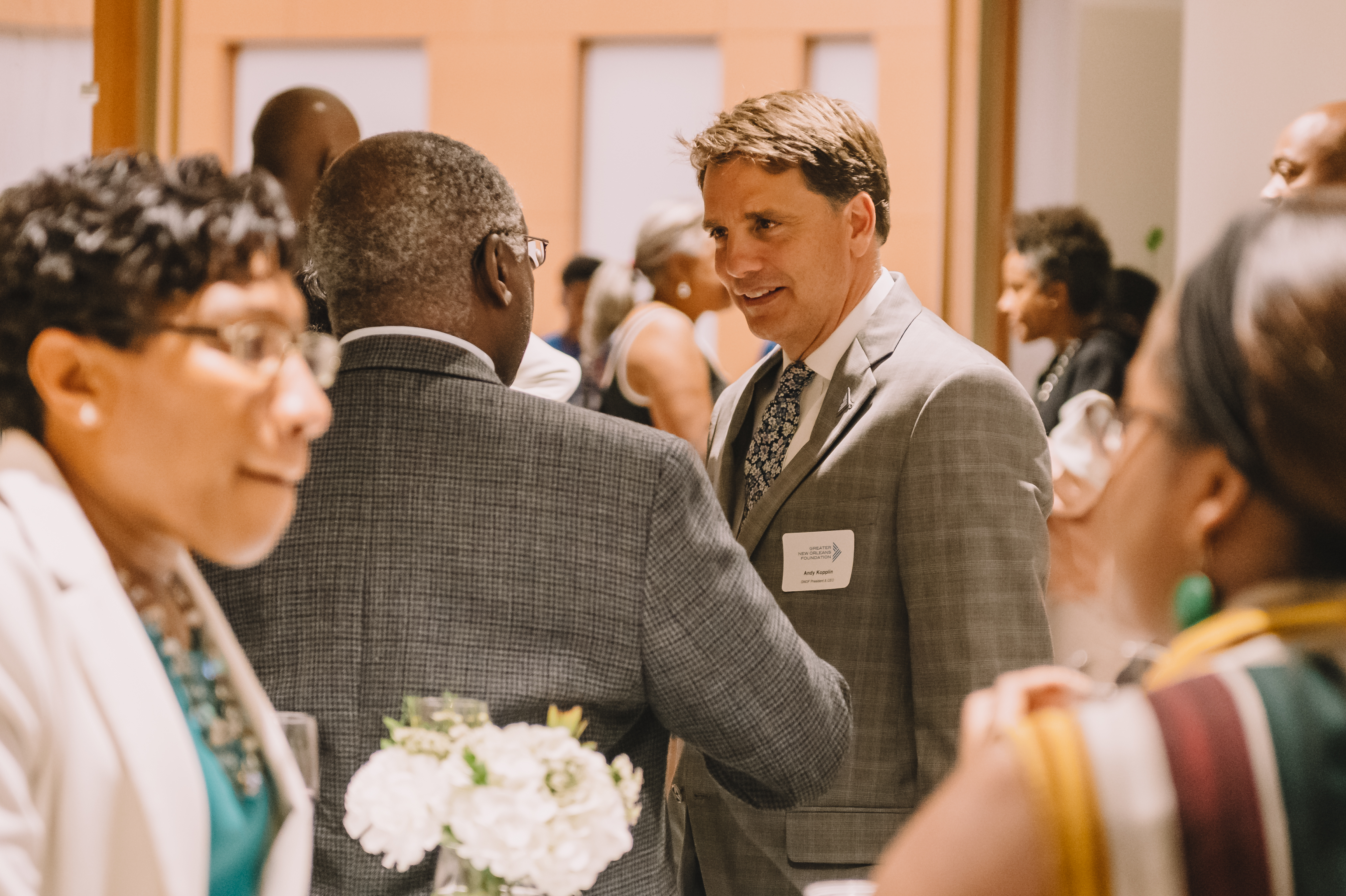 New Orleans has an amazing legacy of African American philanthropy that we want to see grow. Whether it is as a fundholder at the Greater New Orleans Foundation, regular tither at a local church, or as a consistent contributor to the causes of a sorority, fraternity, or social aid & pleasure club – we are grateful to black philanthropists who give generously in our community. This generosity helps fuel our collective efforts to create a just, vibrant and sustainable region for all. 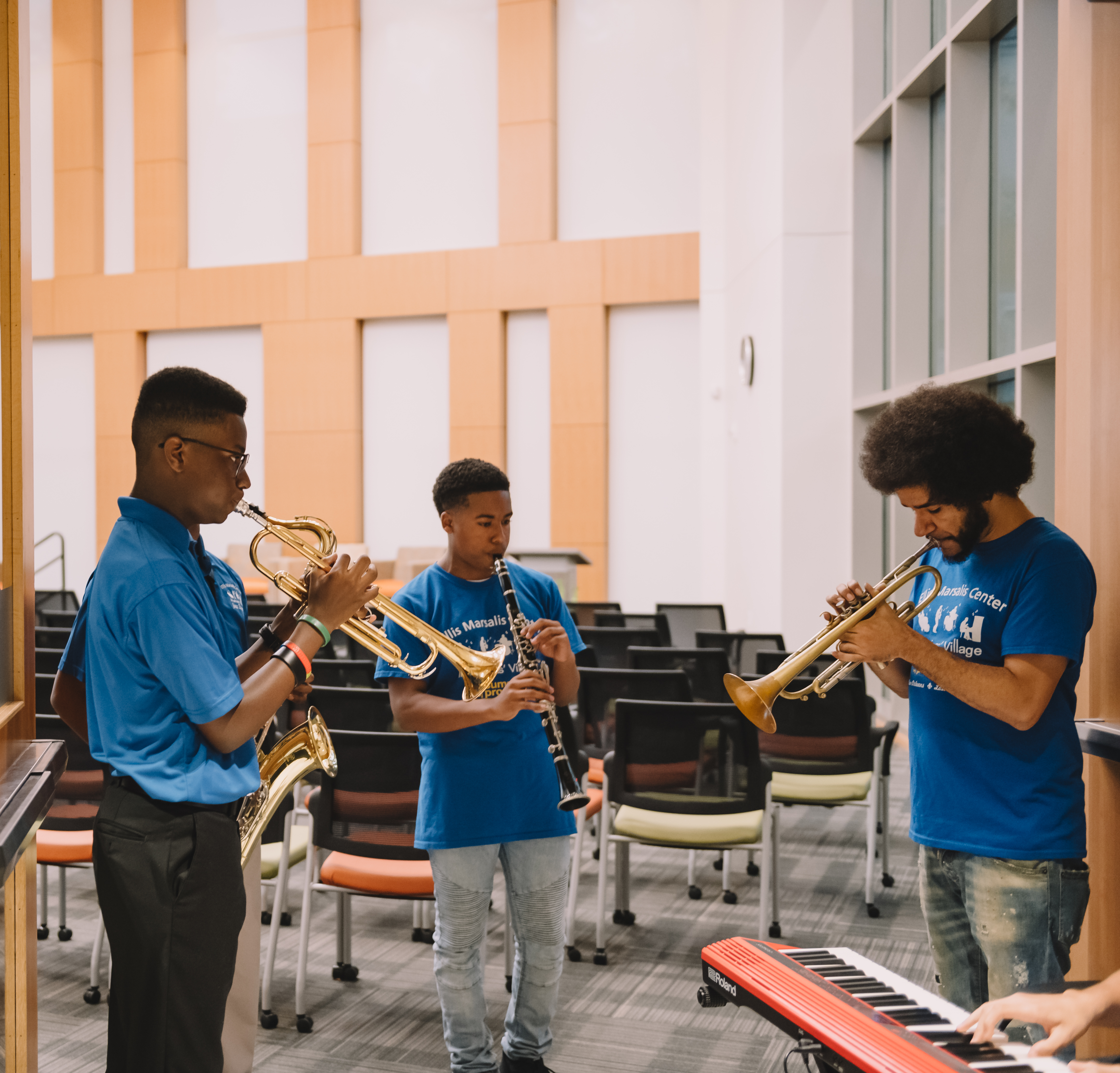 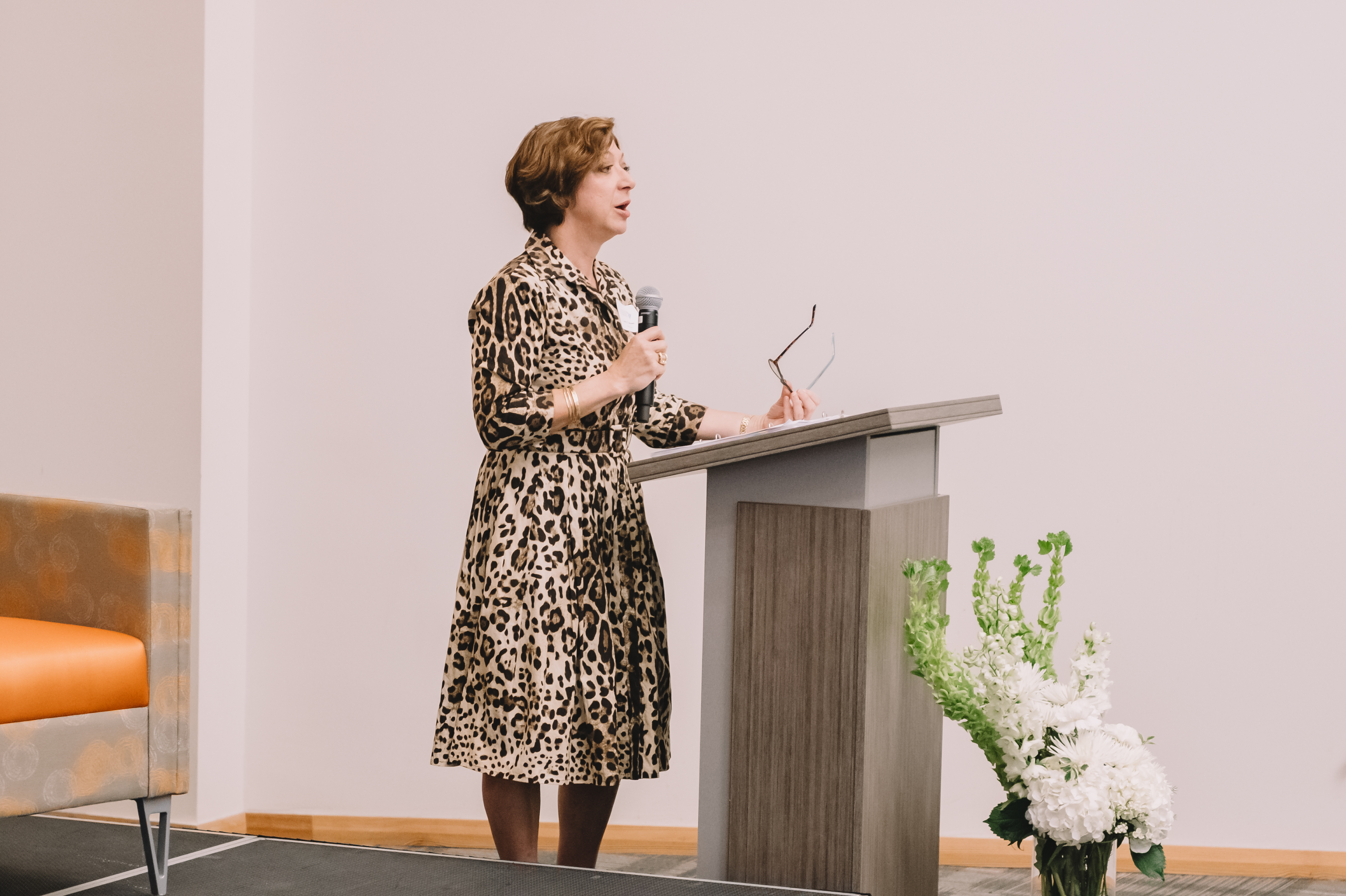 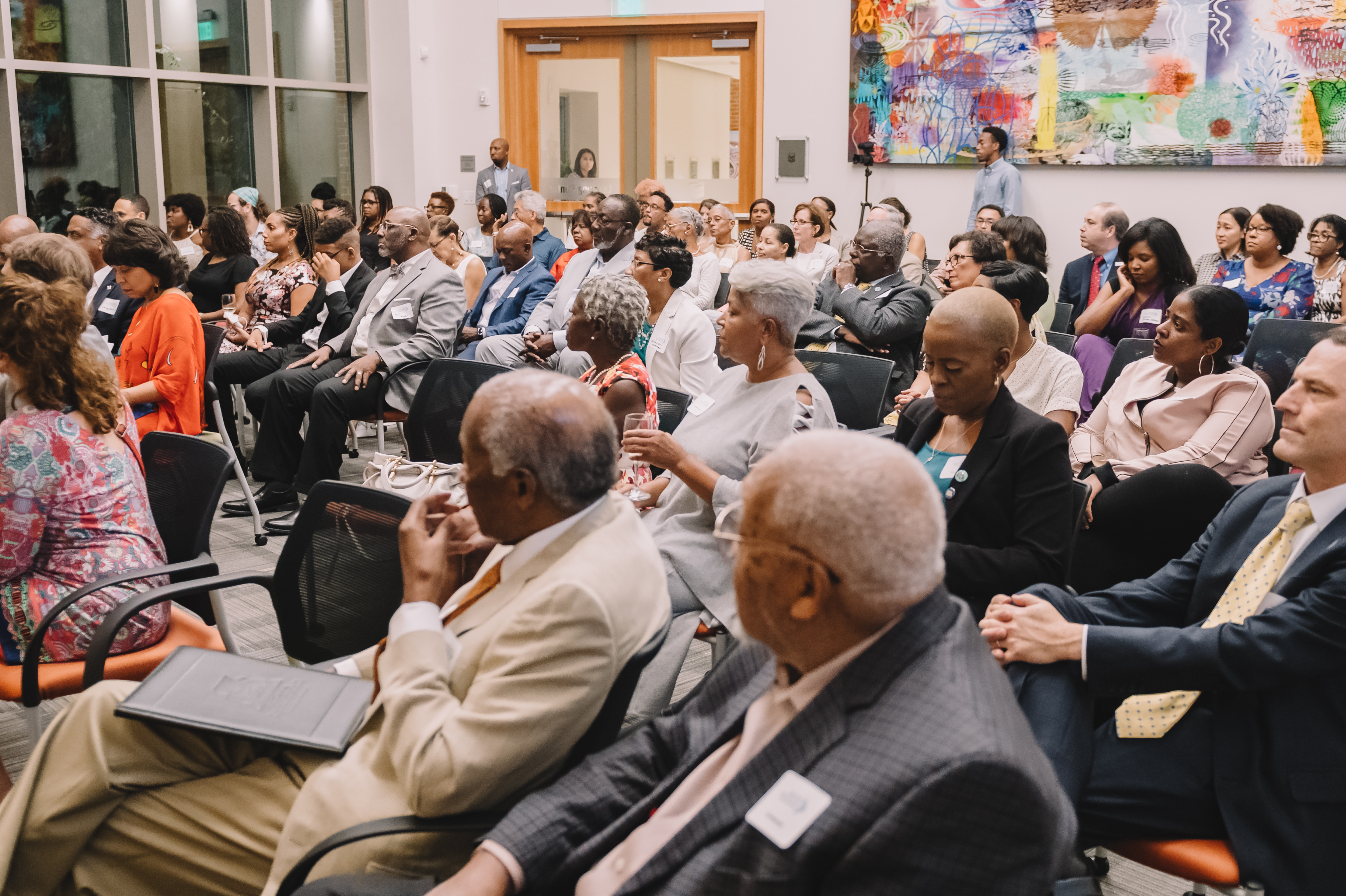 Our workforce program, New Orleans Works, has trained 515 people – where 80% off the jobseekers served and 60% of the incumbent workers served identify as African American. 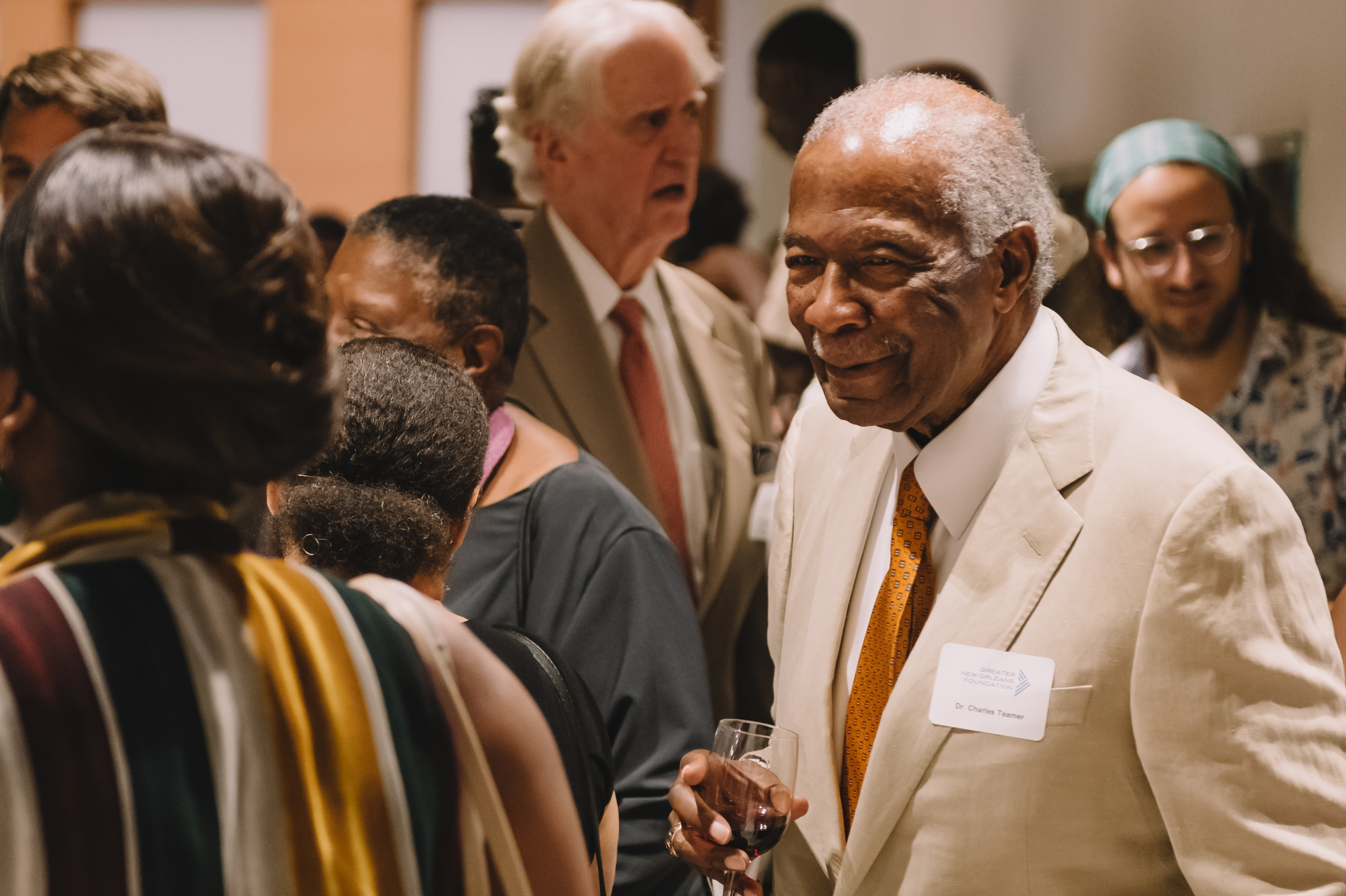 “I represent our Development & Donor Relations Team, which is responsible for building and maintaining relationships with people just like you. We take that responsibility seriously, which is why we created Louisiana’s first Celebration of Black Philanthropy to lift up what you and so many African American philanthropists and leaders are already doing to improve our city and region. Thank you for the unique ways in which each of you are giving back” – Jilla Tombar, Greater New Orleans Foundation Institutional Partnership Officer 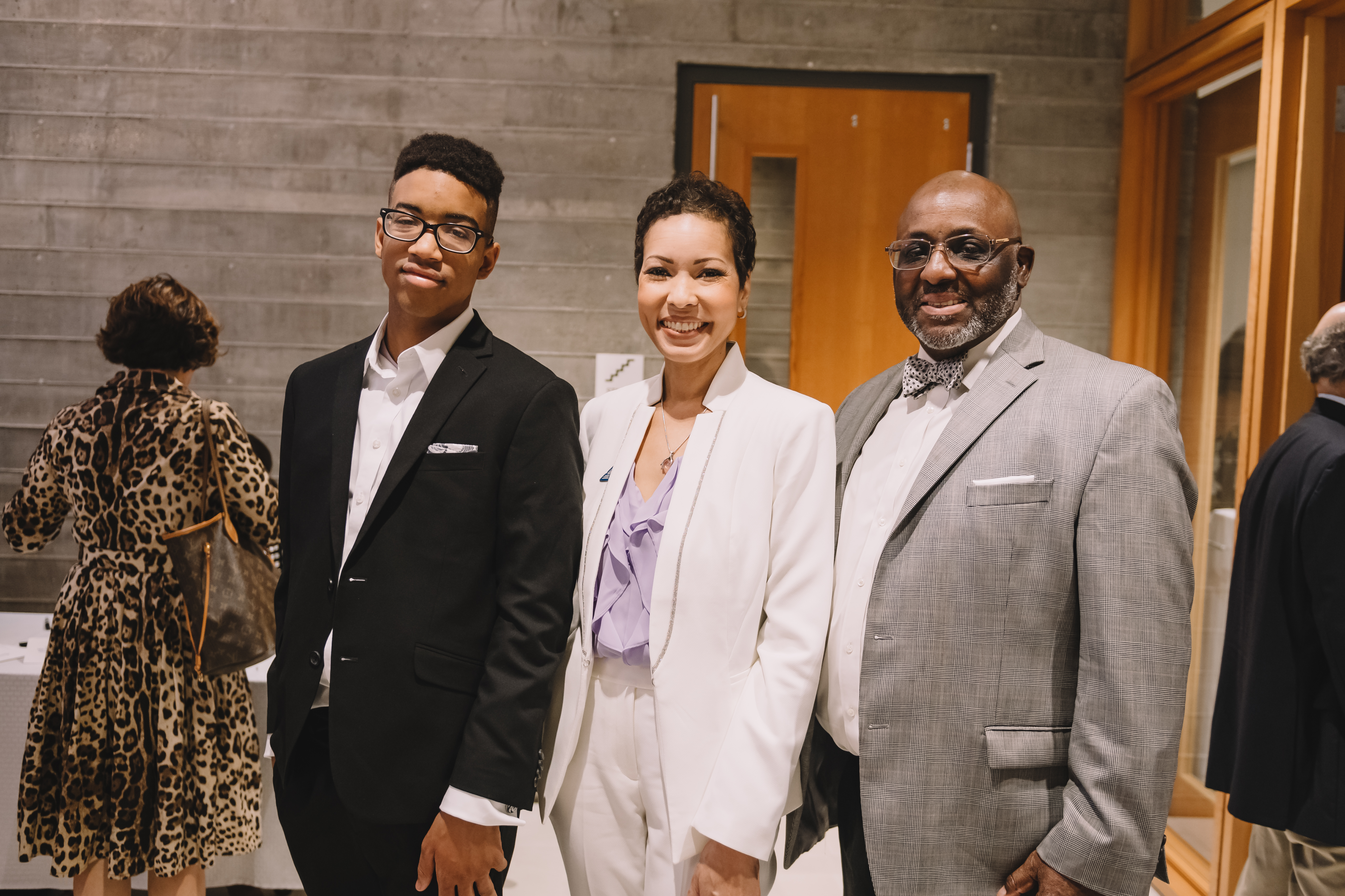 “Since 2011, August has been recognized worldwide as Black Philanthropy Month. Thanks to the genius of the Pan-African Women’s Philanthropy Network for starting this celebration, this time is set aside to inform, involve, inspire, and invest in black philanthropic leadership and strengthen African American and African-descent giving. Here are the Greater New Orleans Foundation, we wanted to set time aside to first recognize and applaud the vast philanthropy that has taken place in this city and region for centuries.” – Carmen James Randolph, Greater New Orleans Foundation Vice President of Programs 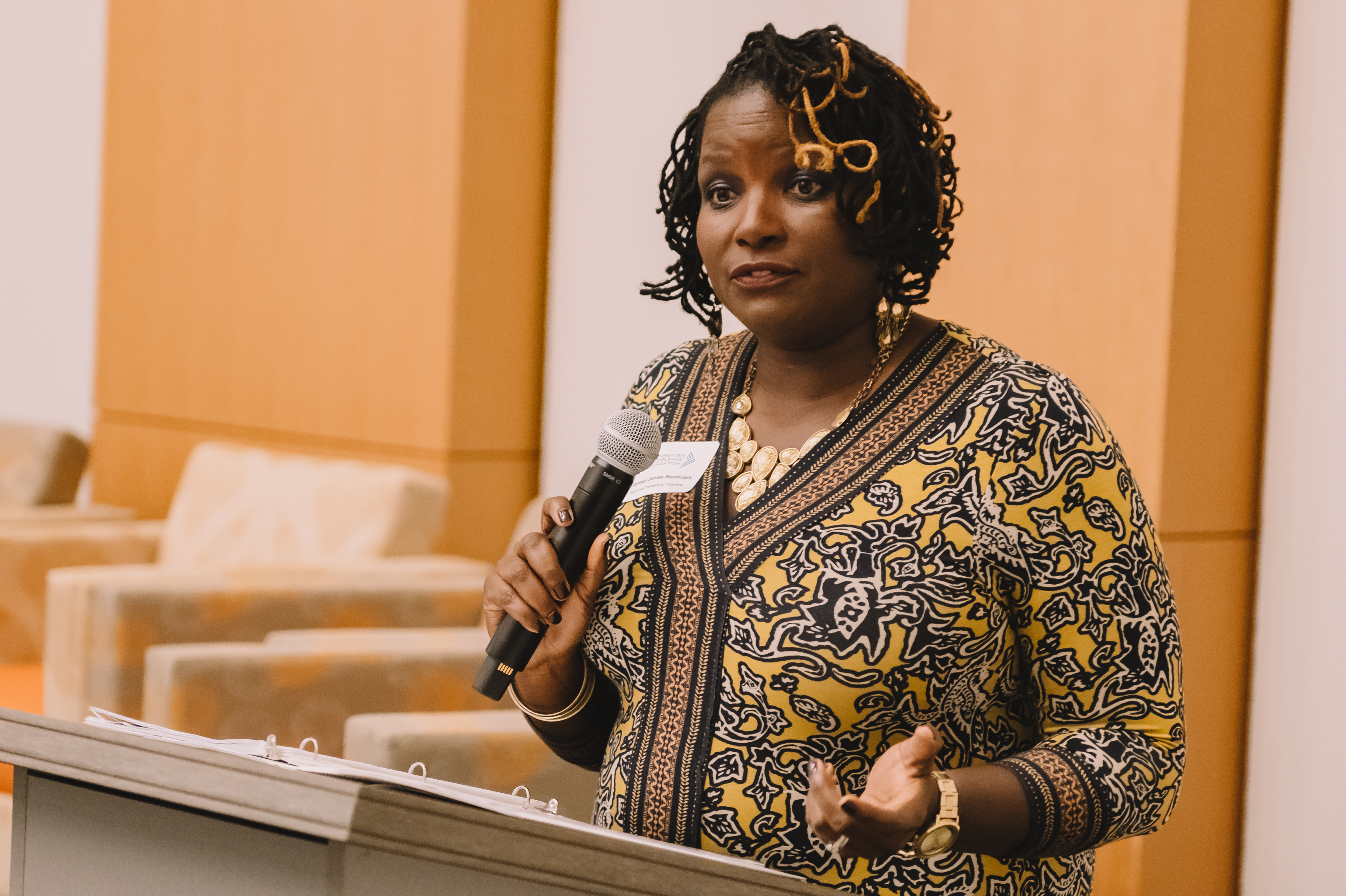 The Celebration of Black Philanthropy event hosted a panel discussion that took us through an enriching conversation about Black Philanthropy in New Orleans over the years and the many ways African Americans have and continue to give generously to worthy causes. New Orleans is a city of great culture rooted in relationships and affiliations. From our high schools to neighborhoods to civic organizations, New Orleanians pride themselves on their connections, affiliations, and the impact they make through those organizations. 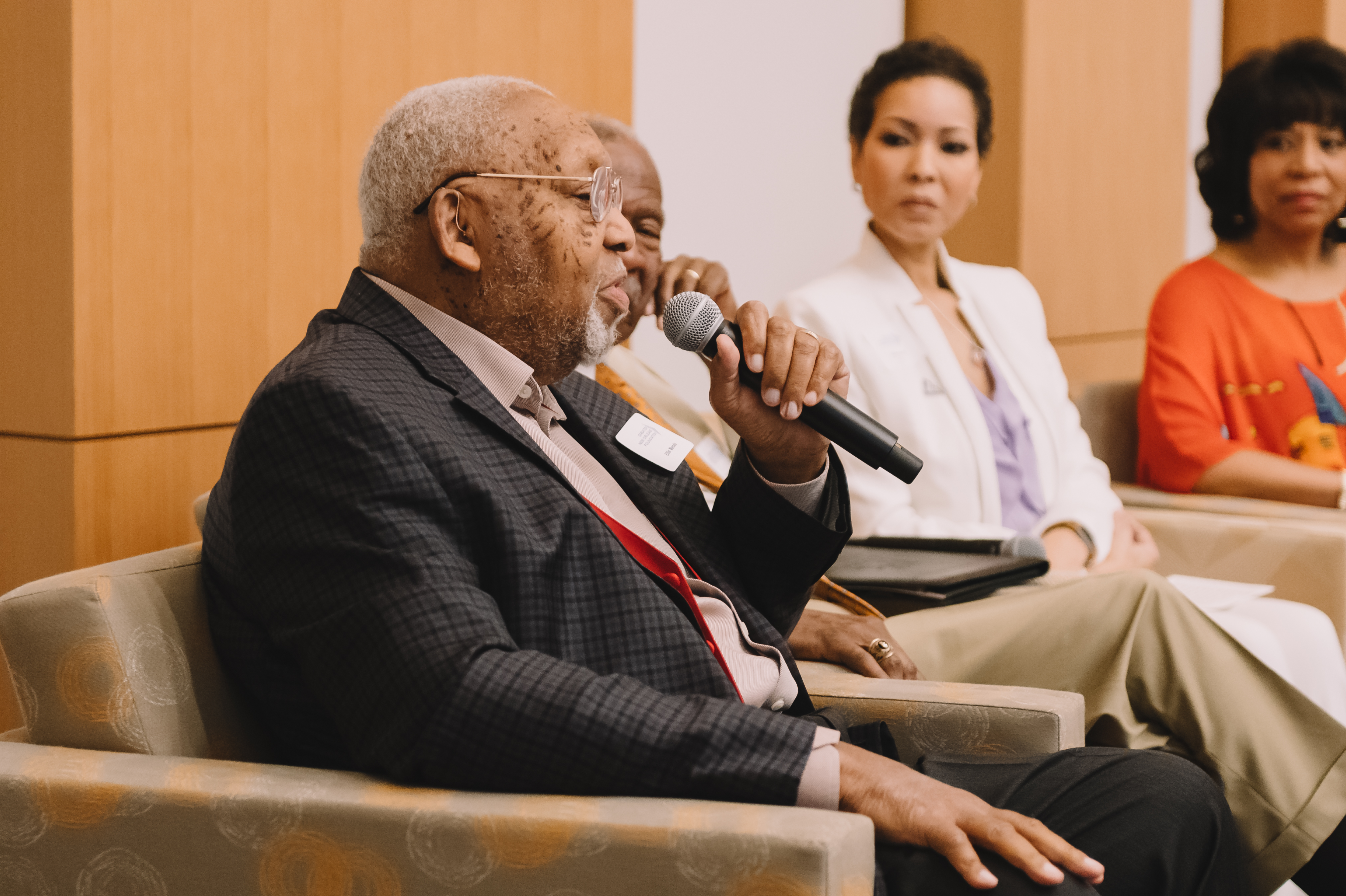 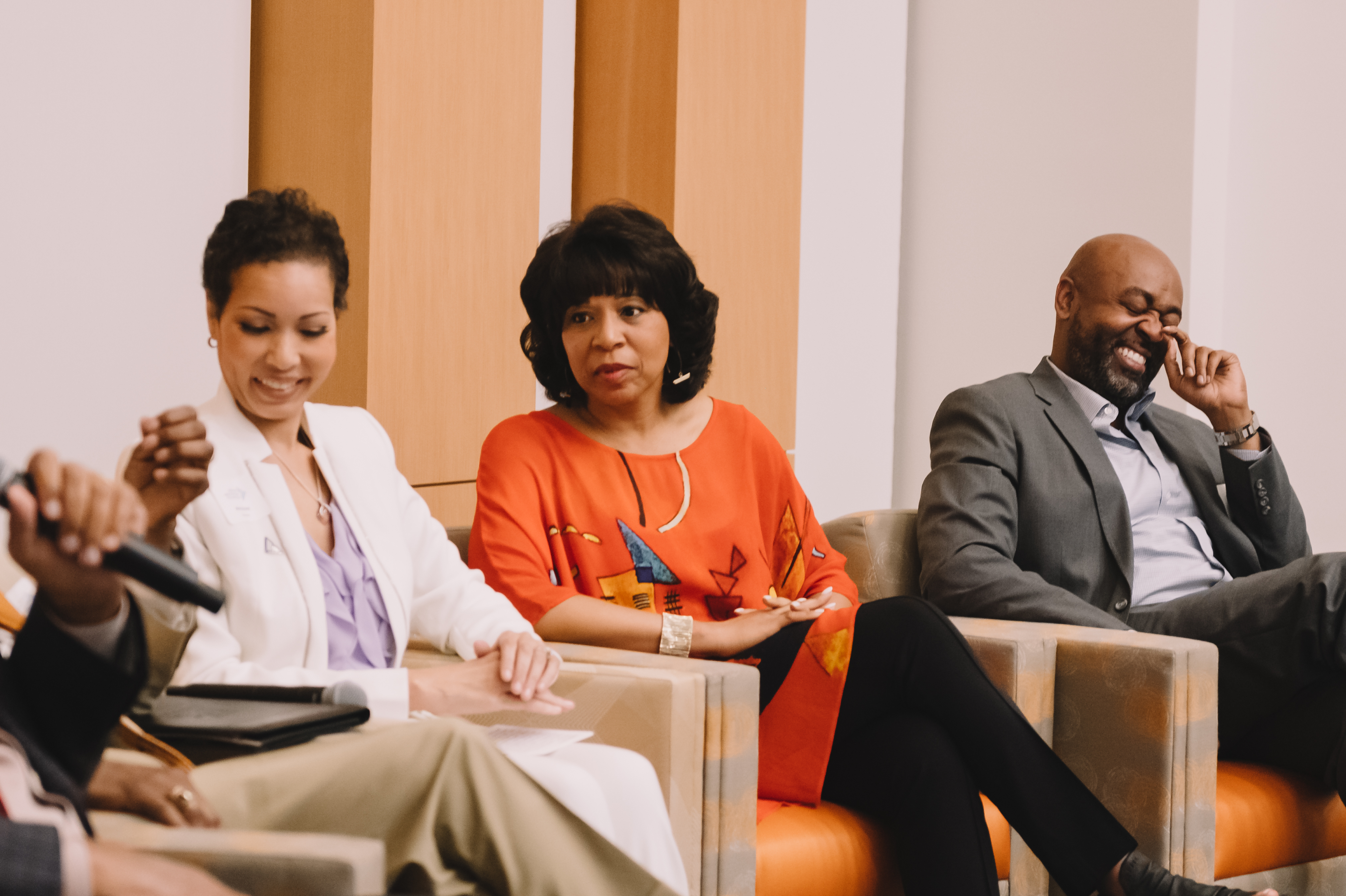 The panel was followed by a discussion about Black philanthropy in New Orleans. This discussion featured Ms. Linetta Gilbert, one of the most respected leaders in philanthropy and the managing principal of Gilbert & Associates a consulting firm that guides foundations, nonprofits and leaders as well as a former Senior Program Officer with the Ford Foundation and former Vice President of Programs here at the Greater New Orleans Foundation. 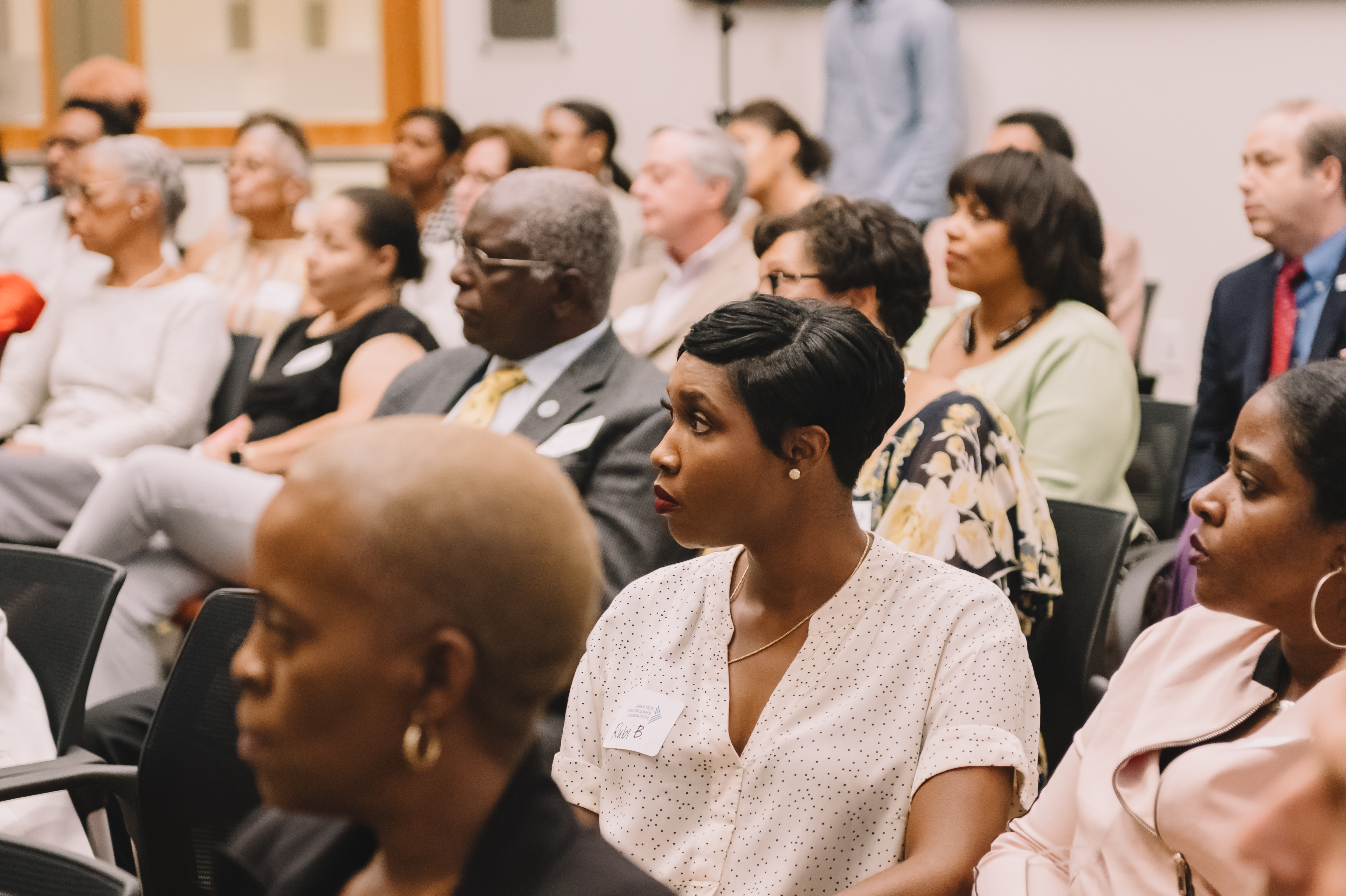 The discussion also included Ms. Dolfinette Martin who shared some of her inspiring story during the conversation, and who currently serves as the Operations Manager for Operation Restoration, a nonprofit supporting women and girls impacted by incarceration. She is also a part of the inspiration behind an amazing new exhibit at the Tulane Newcomb Art Museum – PER(SISTER). 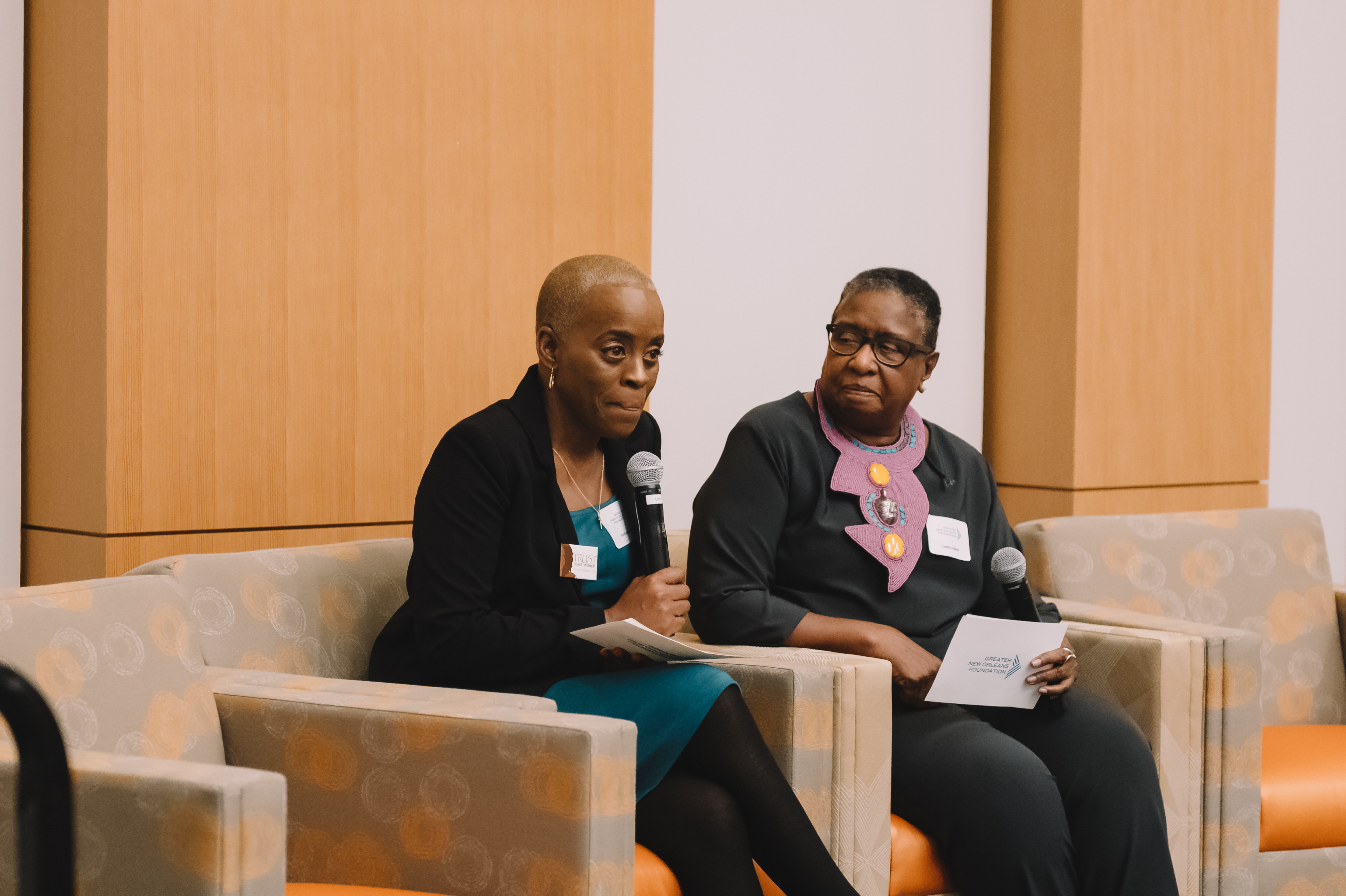 “These women shared parts of their stories while highlighting ways community foundations approach impact and the new ways of collective giving in communities of color.” – Charles Rice, Greater New Orleans Foundation Board Member 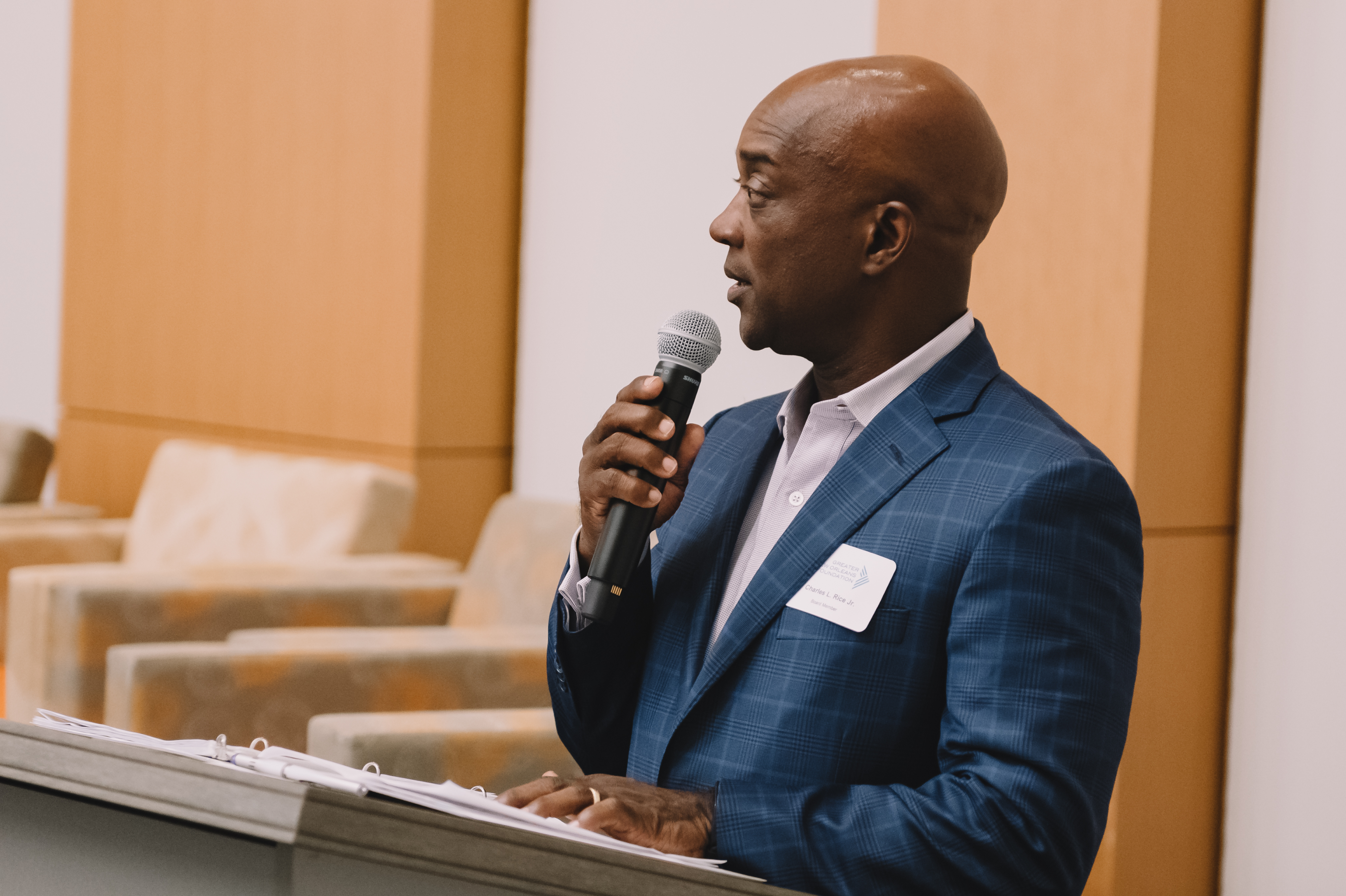